For half of Merseyside at least, Jurgen Klopp is hailed for his entertaining and successful brand of football that harks back to the successful 70s and 80s era Liverpool teams. He’s well known as a larger than life character and street artist Akse has taken that description quite literally for his latest work.

Created by graffiti artist Akse over a two-day period and located on Jamaica Street in the heart of Liverpool’s thriving Baltic district, the huge image stands at over 30 feet in height, dominating the surrounding area. The Baltic area, known throughout the north west for its celebration of street art and culture has also become a hub for lively football screenings – making it a fitting place for a piece of art of this nature. 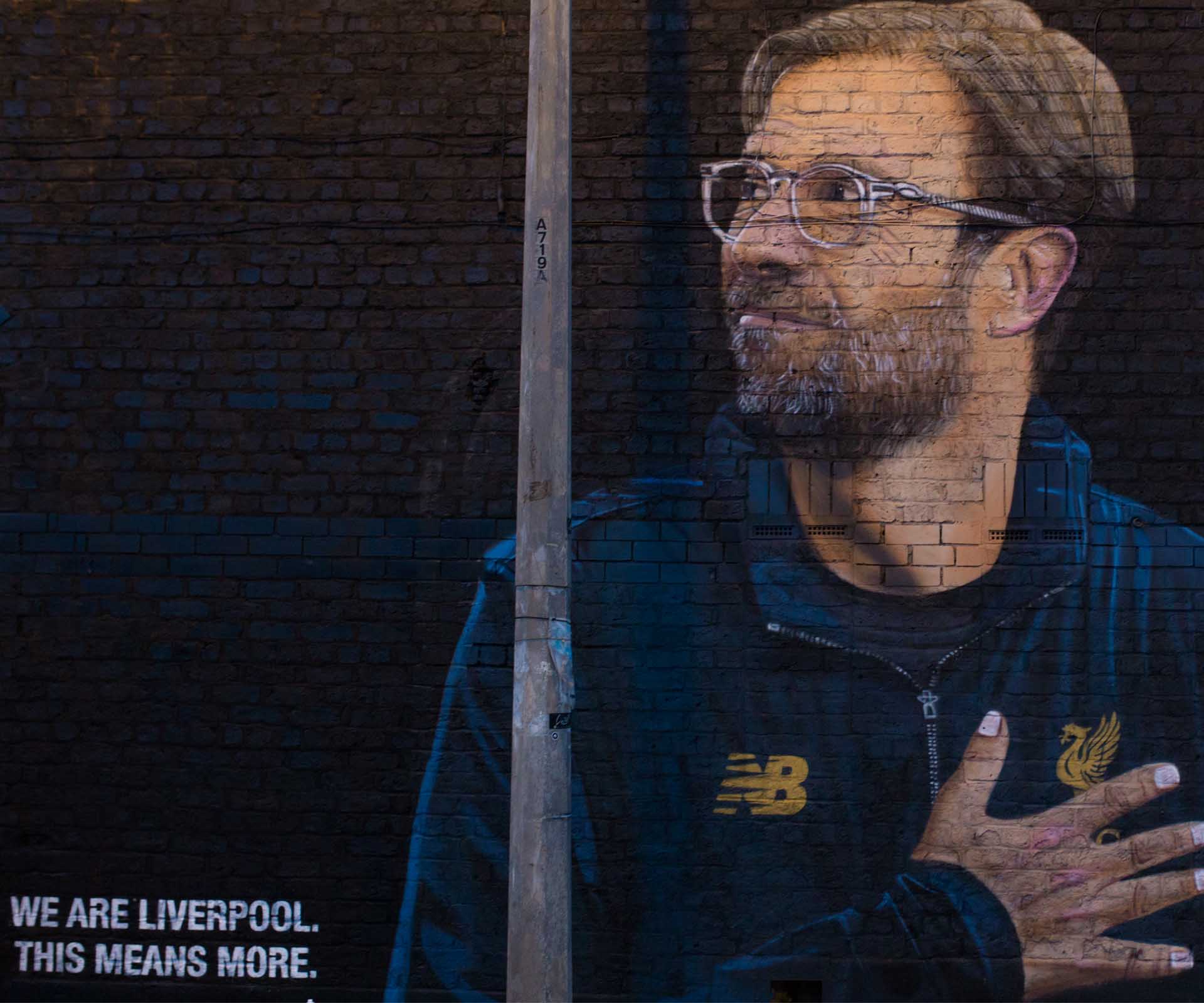 Liverpool are currently enjoying their best ever record after 16 matches of a top-flight campaign, all under the guidance of their German mastermind. Liverpool’s style of play has undoubtedly adapted from last season, with Klopp accepting that the demands of the British game are too great to maintain the high energy and tempo that they had become synonymous with. However, if things carry on the way they’ve begun, fans won’t be complaining come the end of the season.