The world of concept design presents us with looks for teams that we’ll likely never see on the pitch, bringing the wild imagination of graphic artists to life. And one design that we’d love to see come to life is the latest offering from one such creator, SETTPACE. He has presented 3D renderings of two new looks for the Ligue 1 champions (controversial or not, it’s fact) and the presentation shows off a textured effect the like of which we’ve not seen on pitch before.

The first shirt arrives in a stealthy black look, with white detailing on the club crest and Nike branding, both of which take up a central position for some nice symmetry. The 3D render shows of the tribal design that runs across both shoulders, down the arms and sides, and back up through the centre of the body. 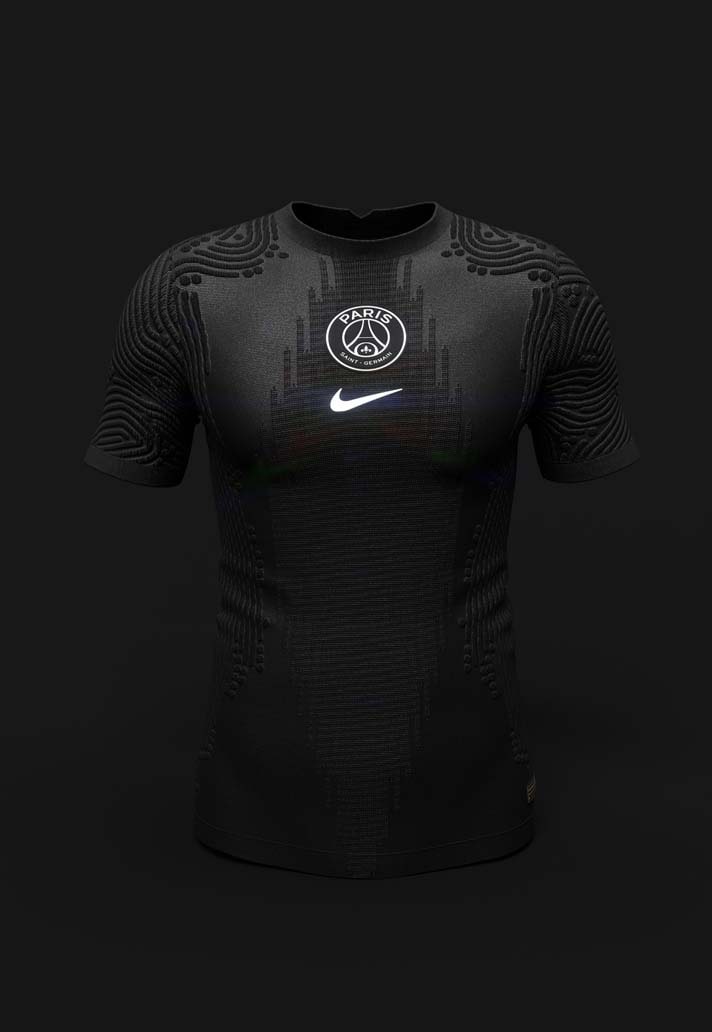 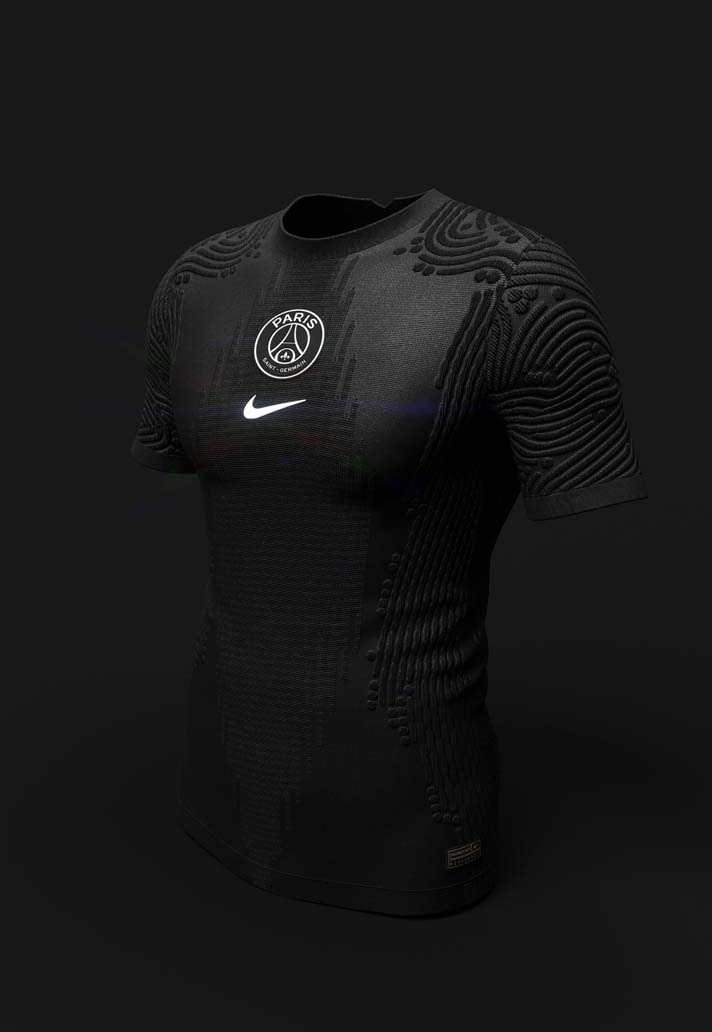 The second shirt sees the same template presented in a “Silver/Neon/Black” colourway that better shows off the details of the gradient feel. The club crest is presented with flashes of neon, and this colouring also makes an appearance on the collar and cuffs for a nice accent. PSG and Nike could do a lot worse than these kits… 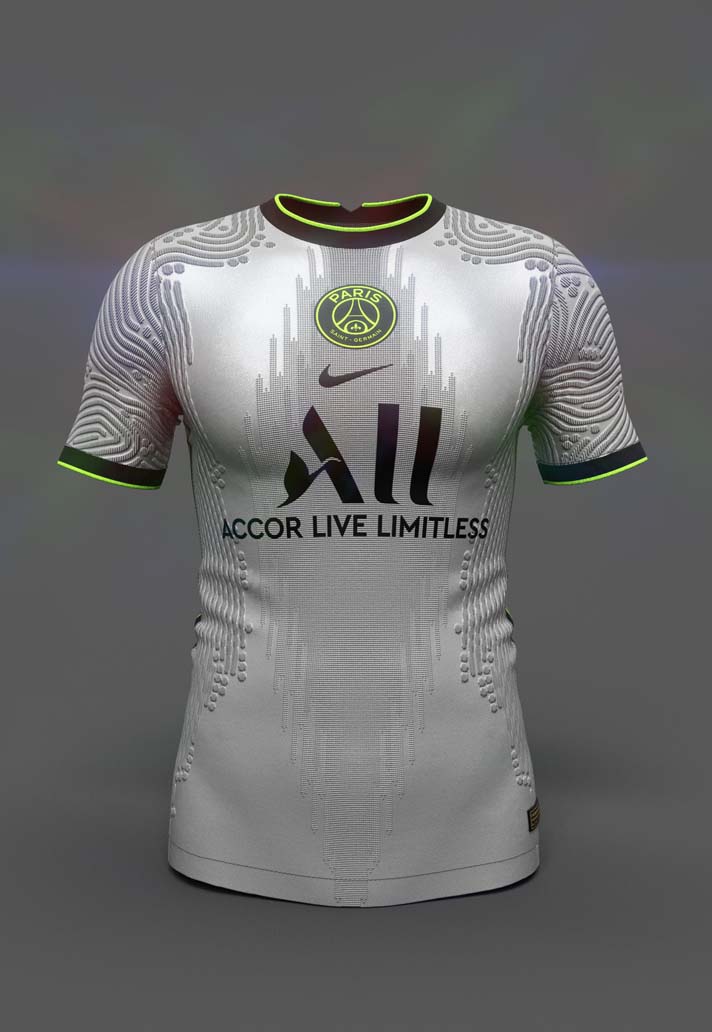 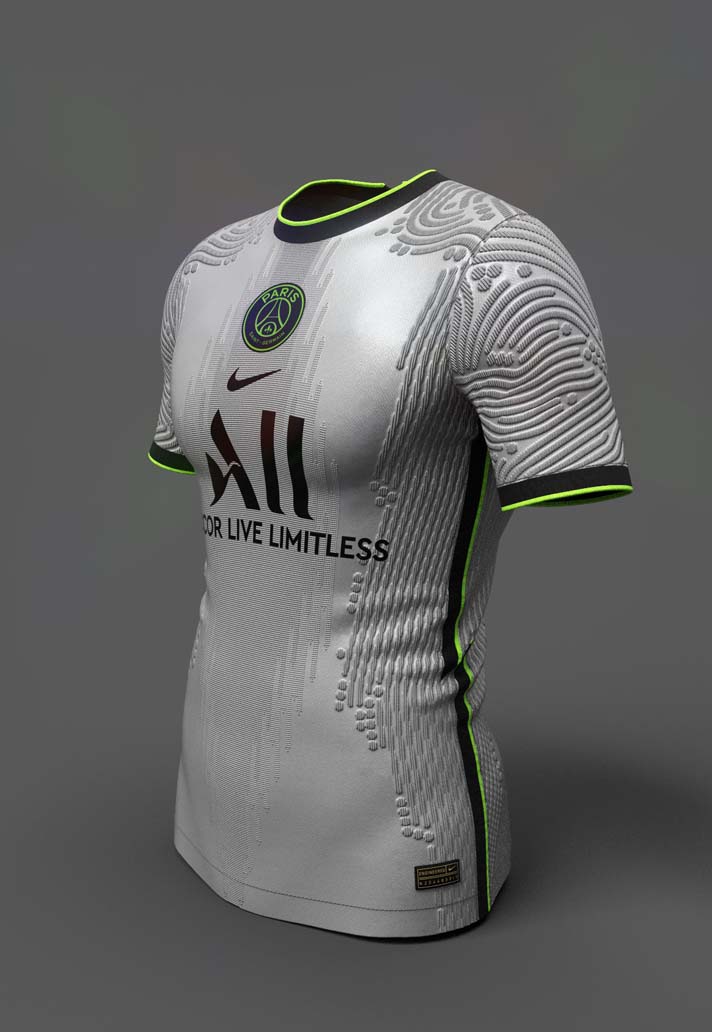